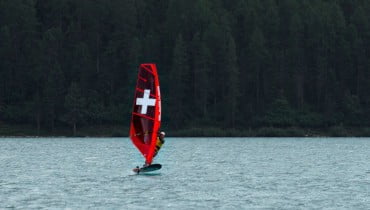 The decision by the people of the UK to vote themselves out of the EU has resulted in severe dislocations in the financial markets. This should come as no surprise as it was well flagged by most commentators as a specific risk of Brexit. For those people considering an overseas property purchase the most immediate impact is from Brexit’s effect on the pound. Sterling’s depreciation has resulted in an immediate increase in the effective price paid in euros or Swiss francs.

How Low Can Sterling Go?

While this is undoubtedly a headwind, perhaps a more important consideration is how much further sterling may fall. The famous investor George Soros has warned that Brexit will cause the pound to fall to parity against the euro, ironically leading to Britain “joining the euro” after all. However, there is an alternative view that sterling was due to fall dramatically regardless of the referendum outcome.

A currency’s value has various determinants. In the short term an important factor is the difference in countries’ current and expected interest rates. The fact that the UK 10 year government bond yield is higher than its euro zone and Swiss equivalents should support the pound versus the euro and franc. Yet these interest rates are ultimately driven by fundamentals such as current accounts and fiscal deficits.

As Miles Johnson pointed out on 23rd June (Pound on a fall regardless of EU vote – Financial Times), the UK is in the unenviable position of being the only G4 currency with a larger current account deficit (larger value of imports than exports) now than in the years preceding the financial crisis. On both current account and fiscal deficits the UK has sharply under performed its G4 rivals over recent years. Compared with the euro zone, US and Japan the UK has had by far the largest current account deficit as a percentage of GDP since the middle of 2012 (currently 7% of GDP). At the same time the UK’s fiscal deficit (larger government borrowing than revenue) has significantly worsened relative to the euro zone economies and the US. Moreover, if Brexit leads to a decrease in foreign direct investment into the UK, markets will also fret about Britain’s ability to finance that current account deficit.

London-based hedge fund Horseman Capital believes the sharp improvement of the euro zone’s fiscal and current account positions versus the UK means the pound is likely to suffer an even greater devaluation against the euro than in the 2008 crisis when it lost 30% peak to trough (1.04 euro). As of today (27th June) the pound has fallen 15% from its most recent peak of 1.41 euros. Based on Horseman’s assessment, parity against the single currency is a plausible outcome for sterling over the next two years.

Property As An Asset Class

In the absence of economic growth and the political appetite of the world’s governments to pursue reformist agendas to stimulate such growth, the onus has fallen on the world’s central banks to cut interest rates and pursue so-called Quantitative Easing. This has suppressed investment returns and led to a focus on alternative investments to stocks and bonds, such as property. Moreover demographic changes are driving interest in residential property which has seen its share of overall property market investment almost double to 18% since the downturn, according to Savills. Homes for developed-market millennials and emerging-market middle classes are seen as a profitable long term investment theme.

Where Can I Protect My Wealth?

How about Swiss property? The franc has traditionally been valued as a store of wealth due to the stability of Switzerland’s economy and institutions. This “flight to safety” is exacerbated in times of uncertainty such as the financial crisis. Indeed I would argue that investors’ primary focus has shifted to capital preservation rather than growth. In this regard a Swiss asset is an attractive option. The government pursues a sensible housing policy that seeks to avoid speculation, booms and busts. Laws restricting the availability of purchase by foreigners in certain areas and the number of newly built properties will lead to a rise in value over time.

Do not be put off by preconceptions that Switzerland is more expensive than elsewhere in the Alps to purchase property. Valais, for example, still has plenty of availability for foreigners to buy as well as Switzerland’s largest ski area, the Four Valleys, with over 400km of pistes. And with 300 days of sunshine per year it is Switzerland’s sunniest region and a perfect summer destination, boasting world class resorts and excellent schools. Switzerland’s interest rates are the lowest in the world and local banks will lend up to 70% of the value of a property.

In conclusion, sterling may have further to fall after Brexit. So now is a good time to protect your hard earned money by considering buying Swiss property and shielding yourself in a safe haven asset. Alpine Property Search can help you. For an informal discussion please call David on +44 (0)7584 357007 or email david@alpinepropertysearch.com

Alpine Property Search has a selection of the finest homes for sale.